Will Shortages Of Some Goods During Coronavirus Lead To A New Food Populism Movement Too?

Many people say they want only locally grown food. What happens when only 22% of them can eat?

There are some who contend that representative agriculture by a tiny percentage of the population - a republic of food - needs to be supplanted by short food supply chains which deal directly with consumers - populism. The term they use is not populism, of course, they re-branded it as "food sovereignty" and "local determination of good agricultural practices" and a desire to remove "industrial" agriculture, but such patchwork regulation is populism by another name.

With some foods and goods in short supply due to hoarding, there have been even more calls for greater local sovereignty over production. Has science progressed so far that we can now make the failed methods of the past, small farms serving small areas, which once led to famine worldwide, viable in the 21st century? Or is desire for the short supply chain ignoring reality?

A recent analysis led by the University of Córdoba used a Q-sort common in psychology - where people sort statements and then attribute an importance to them - to try and see how short food supply chains in place of centralized farming and worldwide shipping might culturally work in the cities of Córdoba and Bogotá.

There are obvious limitations. Like with surveys, a Q-methodology can't really tell us how people will actually behave. Few in California would have admitted to being selfish hoarders manipulating the toilet paper market at the expense of seniors and the poor the first time something worse than the flu hit the state but the data are right there. They did just that in the real world despite listing themselves as progressives on surveys. So a paper asking people to rank and sort statements about how food should work has to be firmly placed in the 'just academic' box. But it does tell us things about the two cities, affirming some things we likely already knew.(1) Such as that social differences matter.

Spain is wealthier than Colombia so the food activism narrative was stronger there and they wanted farming to be more about social justice. Using "social narratives" regarding food production the belief that affordable food is always better was found less. They instead believed in consensus decision-making about food prices and 'talking it out' conflict resolution. They believed that all stakeholders could participate horizontally with low centralized power as long as everyone had spaces for dialog and a desire for collective action. 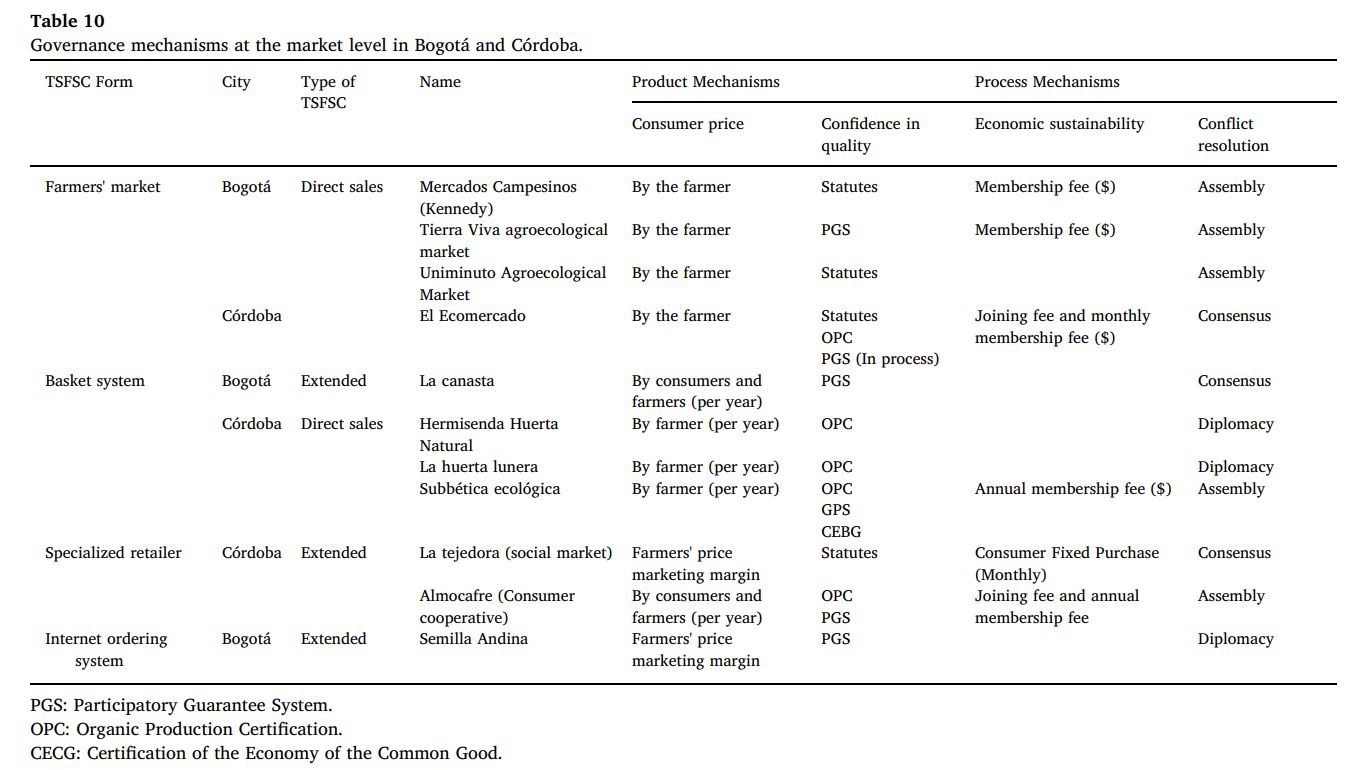 In Colombia, despite being poorer, they had less interest in collective action. To them, setting prices sounded like price-fixing that leads to the corruption and black markets they already have. They did not believe "spaces for dialog" work in the real world and that all farmers and citizens should participate equally. The reason seems obvious. Colombia needs a lot more international help so they are less interested in government setting food prices and more interest in food, running water, and electricity. They have seen what too much governance results in. They want to be able to afford to get fat like the Spanish can and the way to do that is for food to be inexpensive. Which means competition from all over the world, not local monopolies.

Obviously many of the respondents in Spain don't really understand food chains.They don't realize that countries which are not part of the agricultural 1% can't survive in a short supply chain world. The distinction between rich and poor, which has plummeted in the last 200 years thanks to fewer farmers doing it better in places where the land is high quality and shipping it worldwide, becomes an enormous gap between income classes when short supply chains exist. It's a world where poor people starve.

For rich countries, modern science has even made it possible for activists to deny the science that made them world leaders in agriculture. France could maintain both food security and food democracy even if populism picks scientific input winners (such as mutagenesis and copper sulfate) and losers (such as GMOs and atrazine) in their country. Their land is fertile. That is not the case in most of Africa.

The authors contend that the public playing a stronger role in deciding about their nutrition and using local chains decreases people's vulnerability when facing food system crises; but that is only true if they are already surrounded by farmers. Belief in locally grown food skitters away in the harsh light of the real world. In the world we actually live in, not one of Q-sorts and surveys, only 22 percent of the planet lives close enough to basic grain to have enough to eat without bulk shipping and infrastructure.

In the world of 2020, local production is not able to meet the demand for food in 78 percent of the world and is even more doomed to fail if it is grown using the ancient, ineffective methods its proponents advocate for in favor of modern science. The COVID-19 pandemic is an argument for more globalization, making us all more connected, not an excuse for rich countries to hunker down while leaders tell other countries to "let them eat cake" when there is no bread.

(1) It does have more value in politics. If you take a simple survey and a question is on gun ownership and many respondents chose a 10 severity, strongly opposed, survey collaters and the journalists who believe surveys might rush to publish those results. But in a Q-sort those people may turn out to feel personally that way but place the economic beliefs of candidates as far more important in their reason to vote. That tells a more important story about how they will actually vote.