France Stratégie: Agroecology Is More Profitable - And They Have A Plan To Get Every Farmer Doing It

Organic farming is more profitable. People do pay more for everything if they are wealthy. But if it needs more government subsidies will it be profitable in a larger market?

A recent analysis of economic data finds that organic farms are more profitable than conventional farms even though their costs for pesticides and labor are higher. The reason is primarily because buyers are willing to pay more.

They note that in 2016 the gross operating surplus of conventional beef farms was 6000 percent of conventional (3 euros per hectare for conventional versus 180 euros for organic) while the the direct profit margin of organic farming averaged 103 percent more. If a farmer switches, the France Stratégie computer estimate says, they would get a direct margin gain of around 25 percent, and that is without Common Agricultural Policy government subsidies.

Very few farmers are ideologically fixed on the conventional process, organic farming even gets an environmental halo, so why haven't more switched when the profit is in organic?

The report has an answer that will be difficult for farmers to accept. The authors contend that the increased profit is virtual and that to make it real subsidies should be in proportion to the virtual environmental service rendered by the farms, using a benchmark created France Stratégie. They believe subsidies would have nothing to do with the food but rather reduction in the use of fertilizers and pesticides, increases in biodiversity, and better conservation of soil and water. The less food they produce, the greater the profit per food item. And the money for the subsidies would be provided by penalties on farms who do not adopt the guidelines of France Stratégie, which would make them the most powerful organization in Europe. 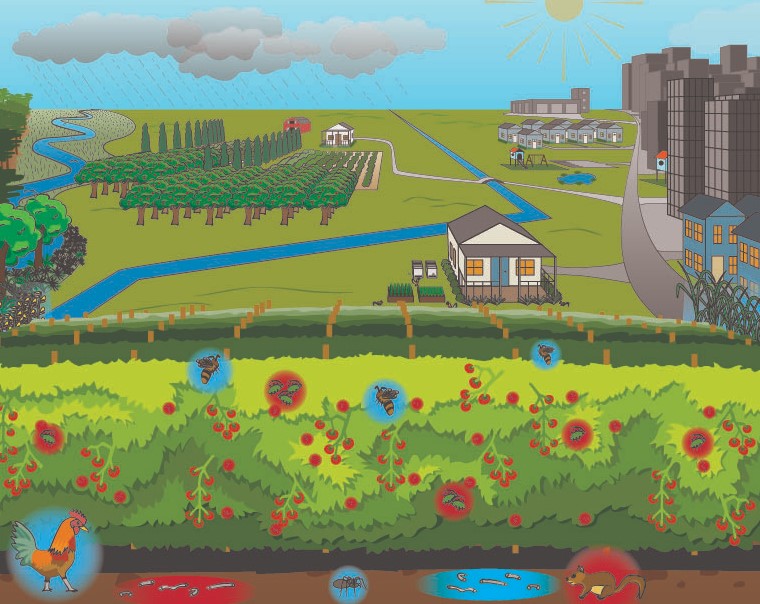 France Stratégie acknowledges that consumers would balk at the higher prices and would need a marketing campaign showing why it is important, and it's reasonable to believe that funding would be received and then redistributed by France Stratégie. So the organization would tell people to eat less meat, which would also happen because it is more expensive, but it has a difficult challenge: the goal of modern agriculture was to create more food equality, where everyone could afford meat and a diverse diet. If only the rich have the wealth for diverse products, and everyone else gets a marketing campaign, that is a step backwards